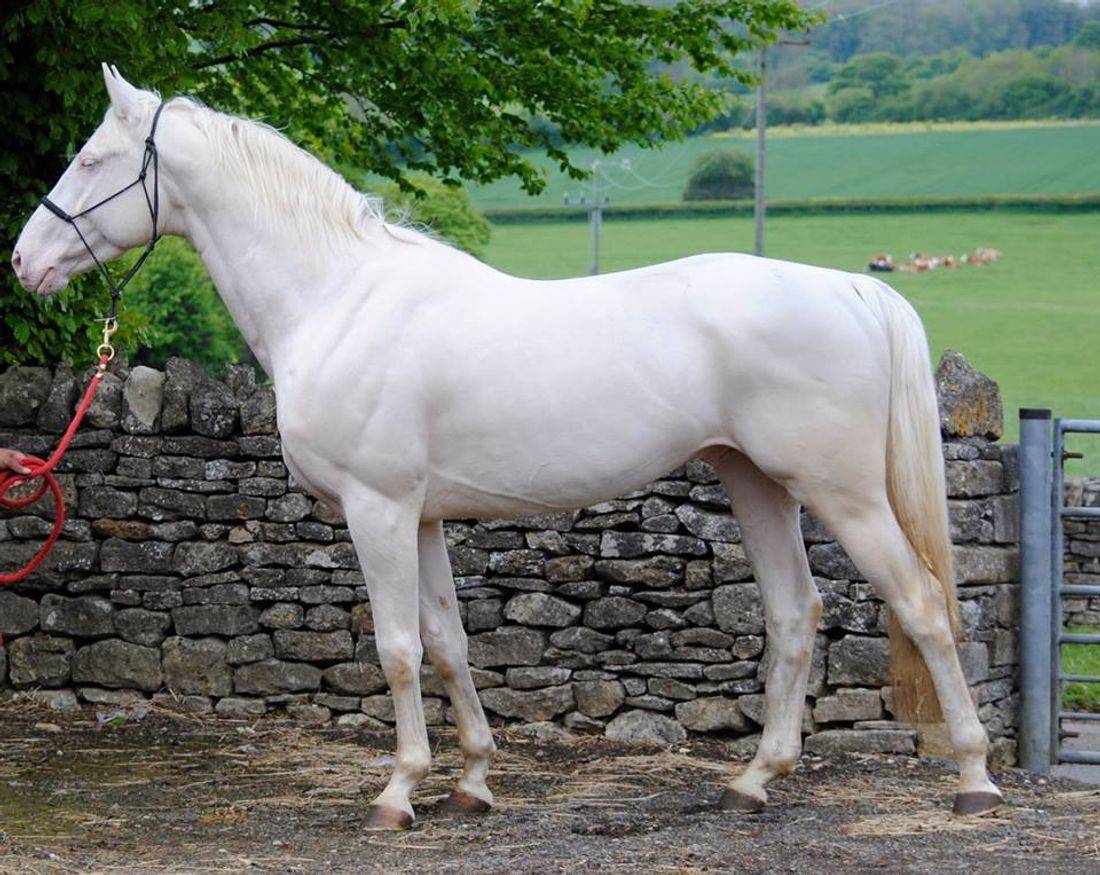 We purchased Destello from his breeder in Estonia as a yearling. His breeding and bloodlines were selected to add a real speed, athleticism, bravery and endurance to our program.

Destello was a Russian Trakehner x Akhal Teke. A rare and exceptionally exciting melding of two highly sought after ancestry scarcely available outside of Russia. The ancient and highly prized bloodlines of the mysterious and highly glamorous Akhal Teke horse brings legendary stamina, physical and mental toughness, cat like agility and extreme intelligence. The breed having proven records in not only the three major disciplines but also in the sport of racing, endurance and puissance.

Sadly Destello suffered a catastrophic injury as a three year old. It was a credit to this horse's incredible physicality that he survived and was started under saddle finally at five, but early in his sixth year, his inability for self preservation and tremendous enthusiasm and high energy saw him once again suffer an injury which compromised both his quality of life and the real possibility of significant further suffering.

Destello produced a number of exceptionally exciting offspring, now mostly in professional homes. He is the sire of our young stallion GFS Lord of the Dance.

Always remembered and much missed.

Destello brought both ancient and modern bloodlines that are as rare as they are sought after. His Akhal- Teke and Russian Trakehner ancestry have been painstakingly bred from highly prized and jealously guarded Russian breeding programs. He brought a whole new dimension to breeding possibilities in this country with much of his bloodline unavailable until his arrival from Estonia. Destello is bred from a long line of high performance eventing, dressage, show jumping and endurance horses making him an ideal sire of offspring destined for any of the three major disciplines. Not only will he throw the highly desirable dilute colours but also the mystical and highly prized ethereal 'metallic' coat and physically tough constitution and muscular skeletal frame of his Akhal Teke breeding.

This beautiful stallion is an amalgamation of some of the best and rarest Trakehner and Akhal-Teke ancestry which traces directly back to Byerley Turk, Darley Arab and Godolphin Arabian, the three Arab founders of the thoroughbred breed.

His bloodlines are an amalgamation of top equine athletes in not only the three major disciplines but also in endurance and racing!

Destello is by a Russian Trakehner, Dar who was an intermediate show jumper and reached M level in dressage. Destellos sire Dar was a product of the incredibly successful and famed Dovatar Stud breeding program. A 16.3hh rare palomino Trakehner, he is a horse of exceptional temperament and grace. 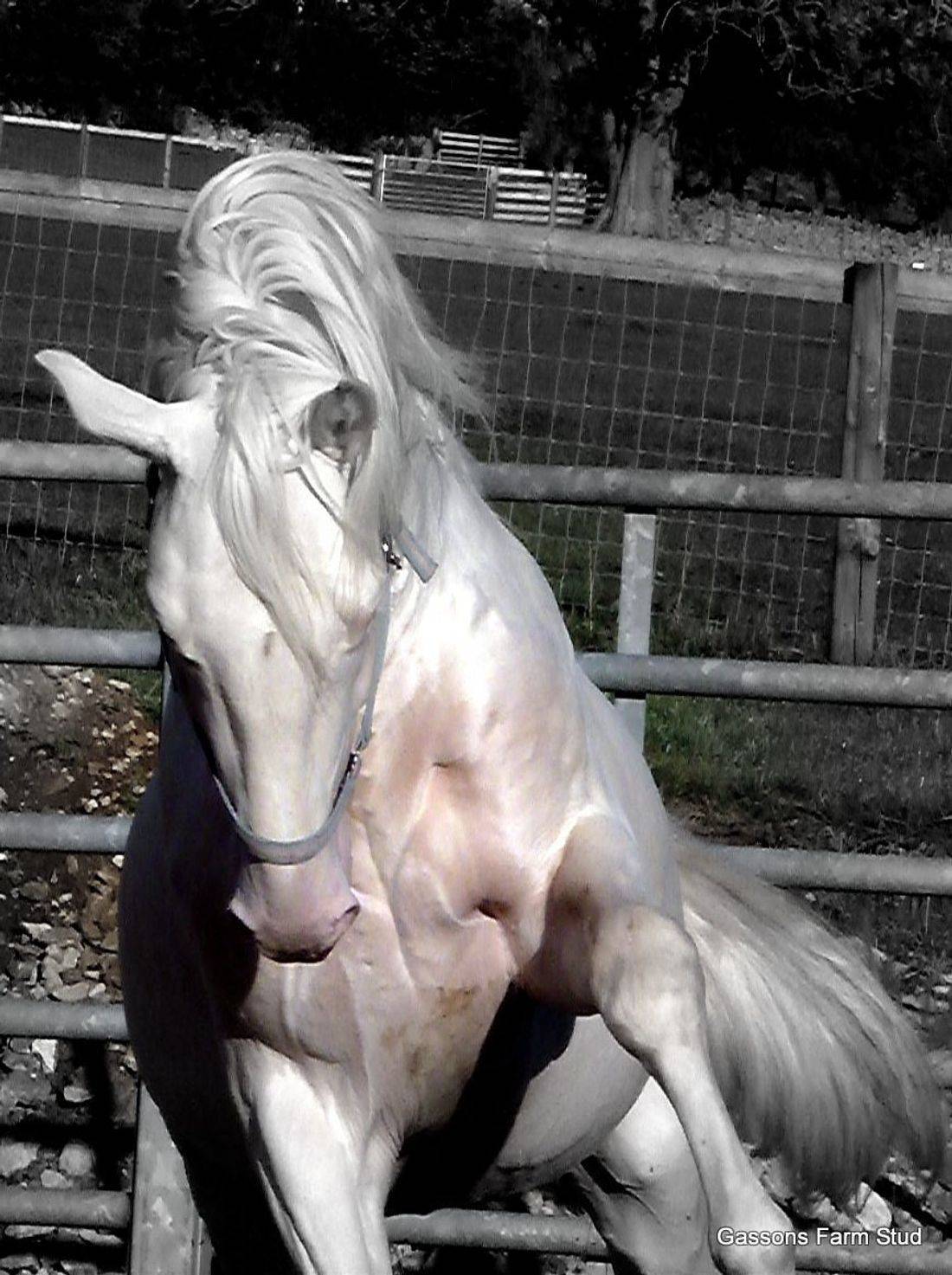 Dar is by the International Grand Prix and Elite stallion Ashkhabad and his dam Dolina was a show jumping International.

The Russian Trakehner is rarely seen outside of Russia. This aristocratic and jealously guarded product of highly selective breeding has proven results throughout Eastern Europe as exceptionally talented performers in each of the three major discipline

Aschachabad, Dars sire was an outstanding Russian Trakehner stallion by anyones standards. Bred at the famous Dovatar Stud, he was the winner of Young Stallion of the year held amongst all Belorussian Trakehners. He scored an unprecedented 10 for his jumping ability. However, it was as a dressage horse that Aschchabad was to make his name. He was eventually sold to Germany for dressage. 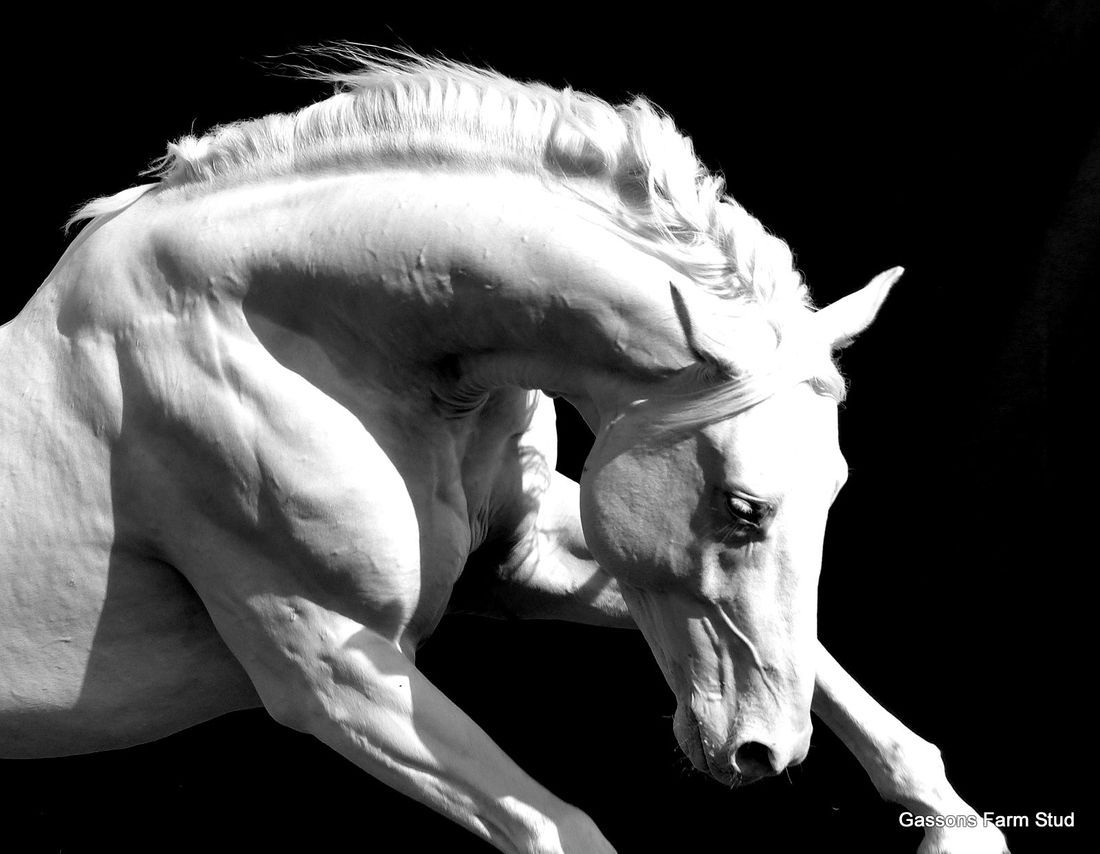 Destello is out of an Akhal Teke mare, Ainuke Pegasus who carries ten of the eighteen prized Akhal-Teke Stallion bloodlines, a double cross to the Gelishikili (a line based on the most outstanding example of the Akhal-Teke breed). His ancestry can be directly traced to the stallions Arab, El, Fakir Sulu, Mele Kush, Sere, Kir Sakar, Karvach, Dor Barium and Skak. 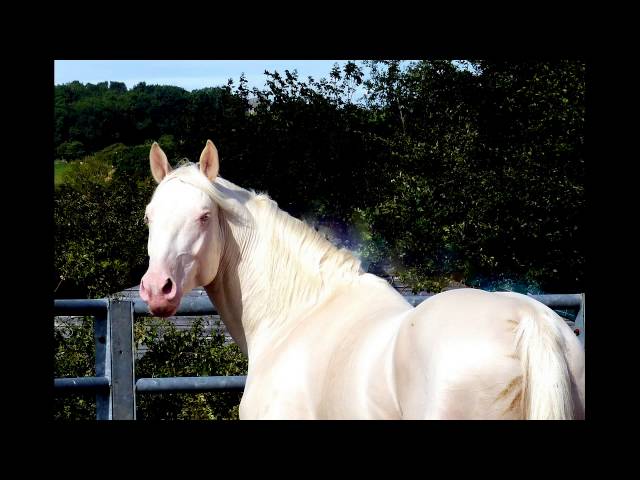 Ainuke Pegasus sire is the legendary Algor. He was a phenomenally successful racehorse in Turkmenistan and one of the few exported Turkmenistan born Akhal Tekes. This makes his bloodlines very important. A successful Estonian Dressage rider imported him for herself and under whom he became a Grand Prix Dressage horse.

He stood at stud and has become an important sire of Estonian Sport Horse in the disciplines of eventing, dressage, showjumping and endurance.